Background: The pregnancy pathology preeclampsia is still among the leading causes of maternal and perinatal morbidity and mortality. At the same time, its etiology is far from being identified and remains obscure in a number of facets.

A number of hypotheses have been developed to explain the altered interplay between placenta and mother leading to the clinical symptoms of preeclampsia. However, none of them offers the opportunity to explain the variability of cases with late-onset versus early-onset, mild versus severe and with or without additional fetal growth restriction.

Conclusion: This paper identifies the weaknesses of the most important current hypothesis and at the same time offers a set of new elucidations including maternal susceptibility, and villous/extravillous trophoblast differentiation to explain the development of preeclampsia. Such elucidations allow following new scientific routes and pathways to untangle the etiology of preeclampsia. 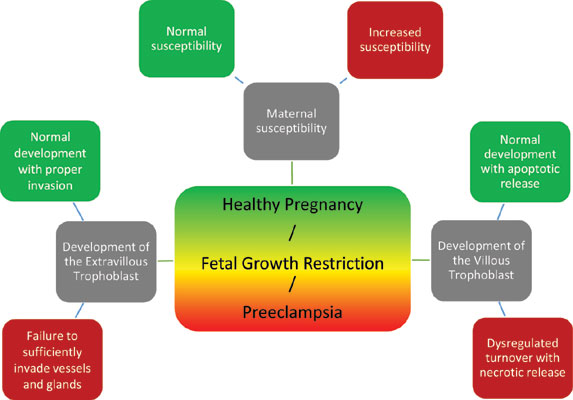