Identification of Antibacterial Molecule(s) from Animals Living in Polluted Environments


Background: Snakes feed on germ-infested rodents, while water monitor lizards thrive on rotten matter in unhygienic conditions. We hypothesize that such creatures survive the assault of superbugs and are able to fend off disease by producing antimicrobial substances. In this study, we investigated the potential antibacterial activity of sera/lysates of animals living in polluted environments. 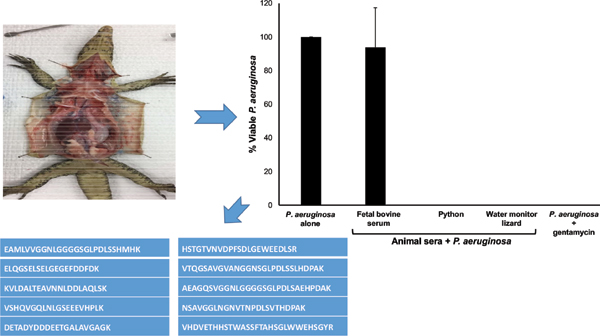